The Santa Fe Conservation Trust invites you to an extraordinary night of astronomy featuring two special guests from the Lowell Observatory in Flagstaff, Arizona 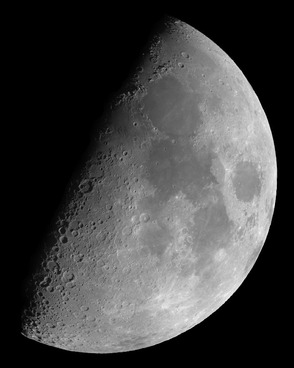 Join us for an exciting and informative presentation about the specific work they are pursuing, developing the new VISION camera for the Navy Precision Optical Interferometer. Hear about all the new programs and current research happening at the Lowell Observatory. Learn about the Discovery Channel Telescope – a 4.3 meter (170 inch) telescope that rises seven stories above the top of the Happy Jack cinder cone southeast of Flagstaff.  Lowell Observatory and Discovery Communications built this $53 million facility to push the frontier of knowledge, enabling the Lowell astronomers to answer fundamental questions about the universe – for example, how our solar system formed and how dwarf galaxies evolve.

FOLLOWING THE PRESENTATION,
JOIN US FOR STARGAZING WITH THE CAPITAL CITY ASTRONOMY CLUB!

NOTE: If you are bringing a group or coming from outside Santa Fe or the immediate area, please call the Santa Fe Conservation Trust Office at 989-7019.  We will do our best to accommodate you!

* Dr. van Belle began working on optical interferometers with graduate work at University of Wyoming in the mid 1990’s, working with Mel Dyck on the IOTA interferometer on Mt. Hopkins, AZ, collaborating with colleagues from other institutions such as Harvard and the University of Massachusetts.  Upon completion of his PhD at the University of Wyoming in 1996, he joined NASA’s Jet Propulsion Laboratory (JPL) as an instrument architect for the Keck Interferometer, expanding his portfolio to include work with the largest telescopes in the world.  At JPL he also made scientific use of the Palomar Testbed Interferometer (PTI) and published extensively on stellar radii and temperatures, and made the first-ever direct measures of non-spherical stellar shapes.  In 2002 he transferred to Caltech, where he continued work on PTI and also contributed to Georgia State University’s CHARA Array commissioning, while administering the NASA Keck observing time and the Michelson Fellowship program.  From 2007 until July 2011 he was with the European Southern Observatory, working as the Instrument Scientist for PRIMA, an advanced dual-star combiner undergoing commissioning for the 1.8m and 8.2m apertures of ESO’s VLTI. In 2011, he took a position at the Lowell, where he is Lowell’s principal investigator for NPOI.

** Victor Garcia is a Pre-Doctoral Fellow at Lowell Observatory through his host institution, Vanderbilt University.  After graduating with a BS in Physics from Johns Hopkins University in 2009, he received his Masters in Physics at Fisk University through the Fisk-Vanderbilt Masters-to-PhD Bridge Program in 2012.  He is currently conducting research on imaging the surfaces of stars with the VISION camera under his thesis adviser, Dr. van Belle. He also works with Hubble Space Telescope observations of Pleiades young star forming region. His research interests include stars, planets, brown dwarfs, and eclipsing binaries.  His PhD is on working with the VISION camera to image the surface of other stars.