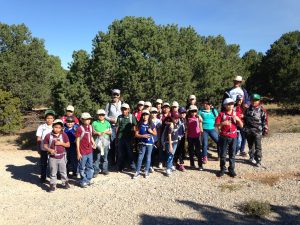 A whole new crop of Camino Real Academy fourth-graders started up on field trips to city trails at the end of September, 2015.  The first class was scheduled to visit Dale Ball Trails’ South Section but we re-located to La Tierra Trails due to the smoke from a controlled burn in the watershed area.  This change served to set the trend for the other three classes as well as the four classes of CRA fifth-graders to follow. 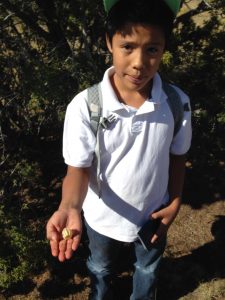 Some Spanish-speakers call this seed pod a “tomatillo” – we opened it up and found out why. 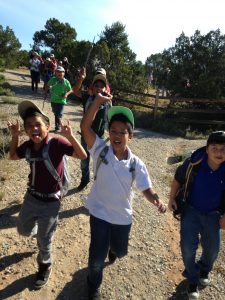 Mr. Bass’s Fourth-Graders get their “ya-yas” out on the trails. 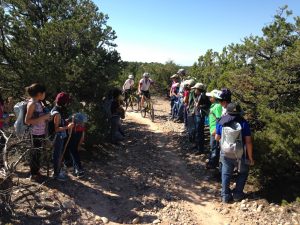 Making way for some mountain-bikers 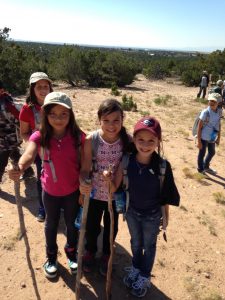 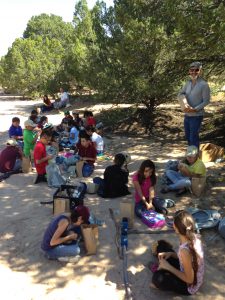 By October 20, we had taken out all four classes of Camino Real Academy fourth-graders to hike La Tierra Trails, including 84 kids, four teachers, and 11 parents or other family members as chaperones.  Thanks to the support of the S.L. Gimbel Foundation, each fourth-grader received a hiking kit including a small backpack, a water bottle, a cap with visor, sunscreen, a compass, and a “Passport to Santa Fe’s Foothill Trails.” 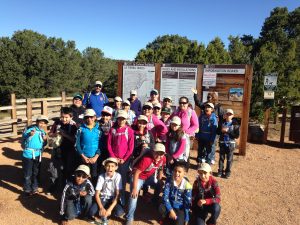 Each class hiked several miles in La Tierra Trails, starting at La Cuchara Trailhead (a/k/a “The Church”) with lessons along the way about hiking safety, orientation, flora and fauna, and trail etiquette sandwiched around a picnic lunch break.  Afterwards, teachers issued “La Tierra Trails” stickers for each participant to affix to their passport, getting them one-quarter of the way to the prize of a “Camelbak” hydration pack. 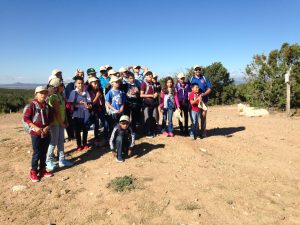 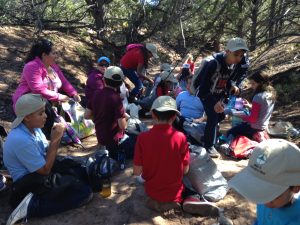 Lunch south of Junction 7 – the first class to make it this far! 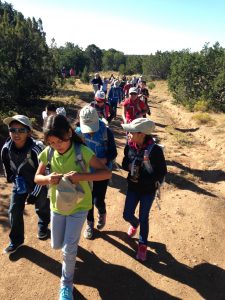 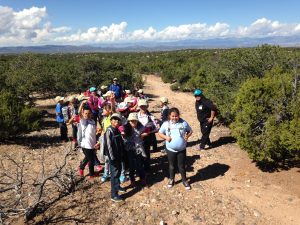 Mr. Tyson’s class heading back to the trailhead, Jemez Mountains in the background 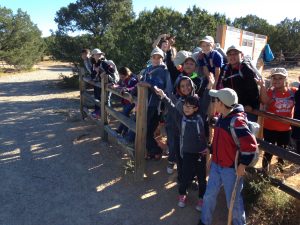 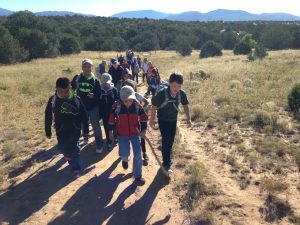 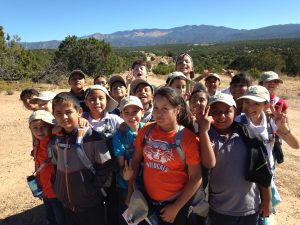 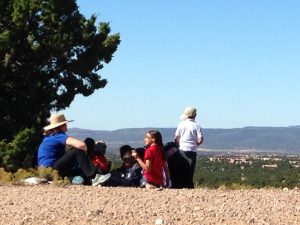 Water flowing in the Frijoles Arroyo?! (Turns out the City was cleaning the water tank upstream)