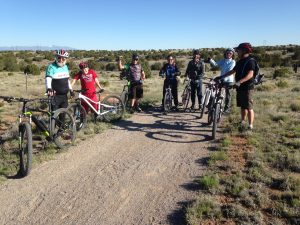 Bike-to-School convoys join up on the Spur Trail

SFCT partnered with Santa Fe Community College and BTI to celebrate “Bike to School Day” at SFCC’s Witter Fitness Center on May 4, 2016.  Three convoys made their way to SFCC by bicycle, including one from the Rail Trail at Rabbit Rd., one from the Arroyo Chamiso Trail via Richards Ave., and one from Rancho Viejo, which sought out and joined the Rail Trail convoy on the Spur Trail. 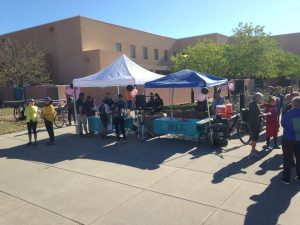 After enjoying coffee and treats provided by SFCC and conversations with local dignitaries such as SFCC President Randy Grissom and Santa Fe County Comissioner Liz Stafanics, participants made their way to try out the new “Spur Trail Connector” on SFCC campus. 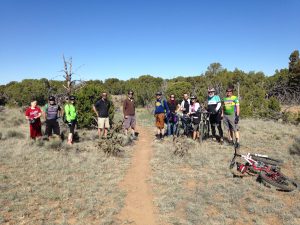 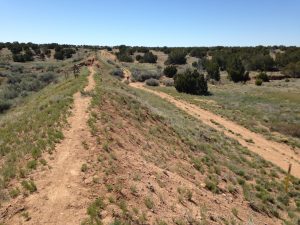 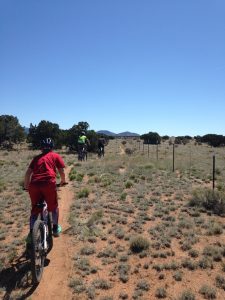 User-built single-track trail along a fence line in Rancho Viejo – not bad!

With the new connection billed as a demonstration project for the Grand Unified Trail System (GUTS), a handful of participants, including Attila Bality of National Park Service then proceeded on a “GUTS Study Ride,” visiting remaining stretches of railbed of the New Mexico Central Railroad north and south of SFCC and some interesting trail connections on and along that railbed in Rancho Viejo.